This update might be a two-for-one because on my last post (November 15), I did another test run with new subscription client settings, but the test might not have worked; I received an email with a link to the post, but I’m not sure anyone else did. Have a look at the newest Pandagram pandas: www.drawstheeventide.com/newpandas/

I am happy & relieved to report that PhilCon (Nov. 16-18) went better than the previous convention (Nov. 2-4 & noted in the above post). The drive was much easier (less than an hour, easy navigating, & no tolls) and business better–still on the slow side, but I sold a record 8 books! Additionally, my table neighbor was very friendly. Since it was a literary convention, the audience was notably different from the anime & comic con crowds–generally quieter & more mature, but this is not to say people did not get excited about their dragons, Star Wars, Tamora Pierce books, or how to shelve & preserve their hardback collections. Also, people seemed to be especially appreciative of others’ creative endeavors & would often ask about works in progress, ways to market, etc. This was probably in part due to the fact that PhilCon is hosted by an active, long-established science fiction society, so many people already knew each other, & there is already a dedicated fan base. One fellow said this year was his 50th PhilCon!

I didn’t sketch so much as at anime conventions because “draw this character” commissions weren’t part of the convention culture, but I did do some sketching for me. (Below is an idea that began in South Australia & ended up with Scottish corsairs or explorers somewhere between the Hebrides and Scandinavia.) I also scribbled down a few pages of notes for a writing project. 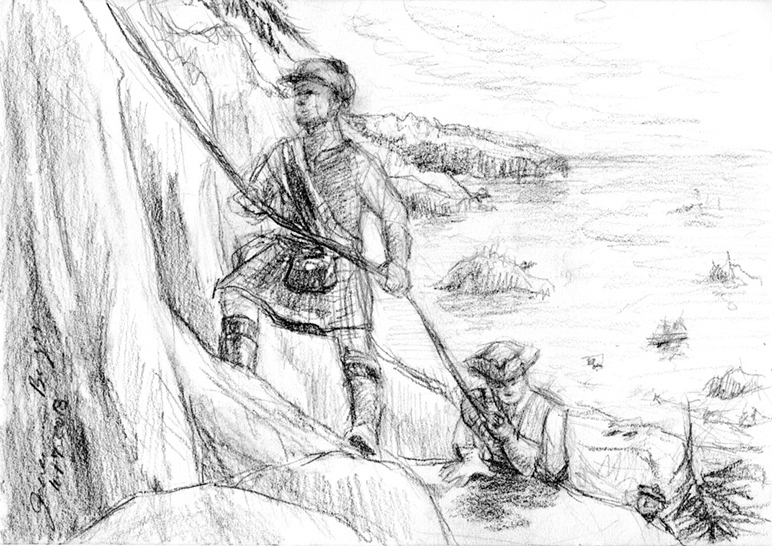 Because the PhilCon dealers room hours ended earlier than other events I did this fall and the drive was shorter, I stuck around for some evening panels & events (costume contest, concert, recitation of “The Hunting of the Snark,” to name a few) before heading home. It’s a nice bonus to be able to enjoy events in addition to vending, and it’s been a while since I’ve been able to do that.

Last but not least, I hope you each had a restful, joyful Thanksgiving & will carry some of the spirit of gratitude into every day hence.