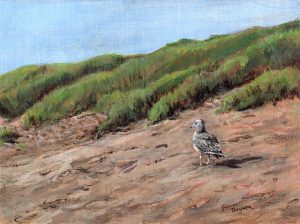 Here is another beachy painting for your viewing pleasure. This was commissioned by a couple I know in Florida. 12 x 16″, oil. The lady had a magazine clipping of a painting she liked of a porch of a Floridian house, but the background was a thick palm grove. She thought it would be really neat to have a painting with a similar side view of a house but instead with a path to the beach. Something much brighter and more open, with sky. There were several other little ideas, too. That’s where I came in to play–toss everything together, jumble it around, and make it come out nice. 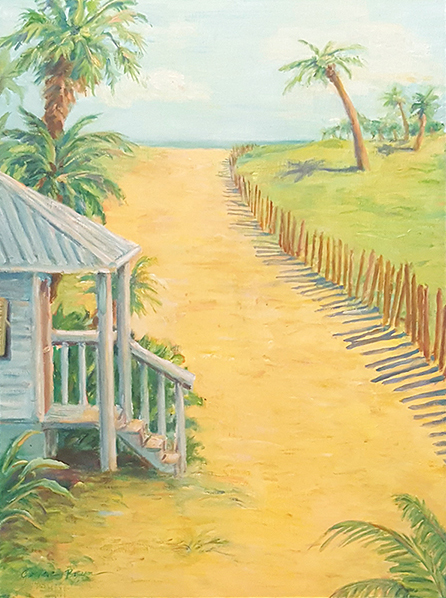 She named it The Promise. Although you can only see a little bit of the ocean now, the rest is there, waiting to be seen, and it will be glorious.

This time, instead of posting several separate images, I compiled them in one diagram. (Below. Click to enlarge.) I don’t know that making this was faster than editing and posting all the images individually, but it’s compact and won’t take as long to load. Feel free to let me know which you prefer in the comments below (1 image or many) so I can keep it in mind for the next progression. 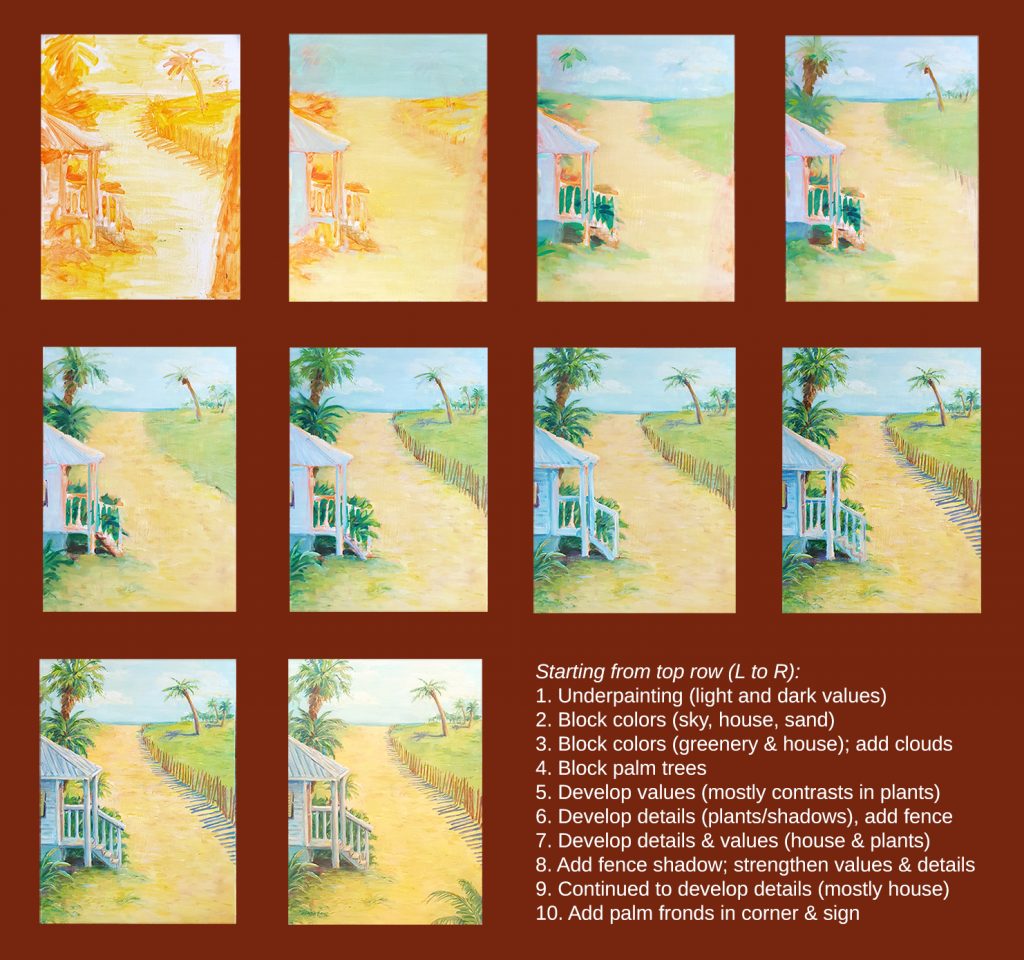 A year ago December, I posted a series of photographs showing the progress on a sailboat painting. I’ve got another photo progression for an oil painting I did last month. As before, the lighting and angle change a little because I worked & took the photos at different times of day. The actual size is 24″ x 36″. Please enjoy. 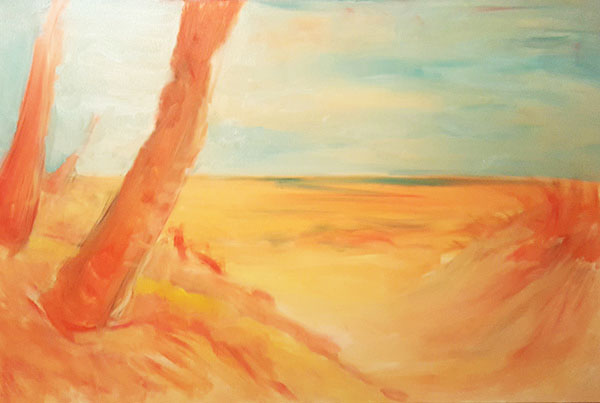 Underpainting and laying in sky color 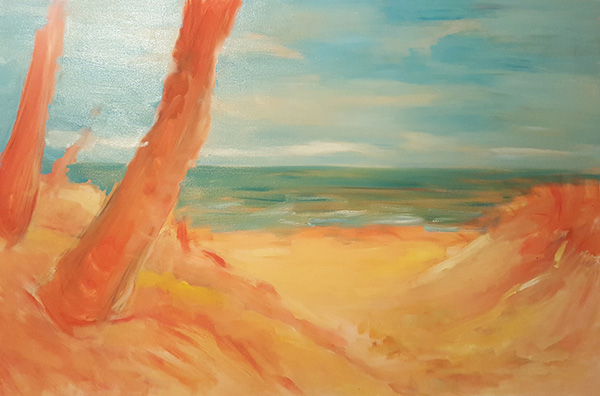 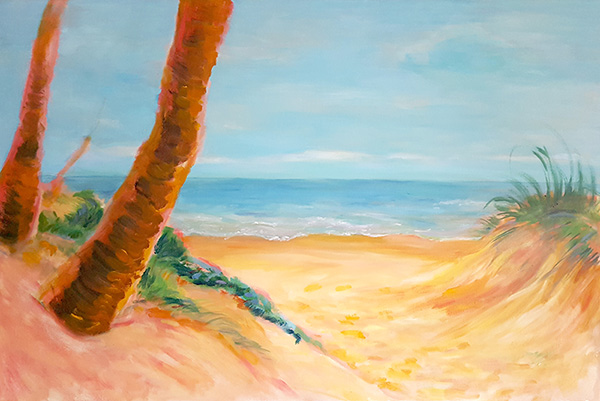 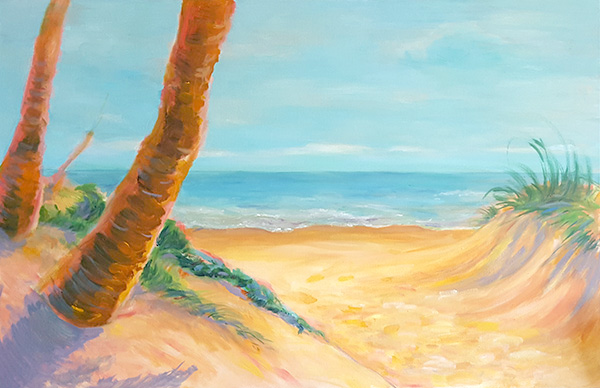 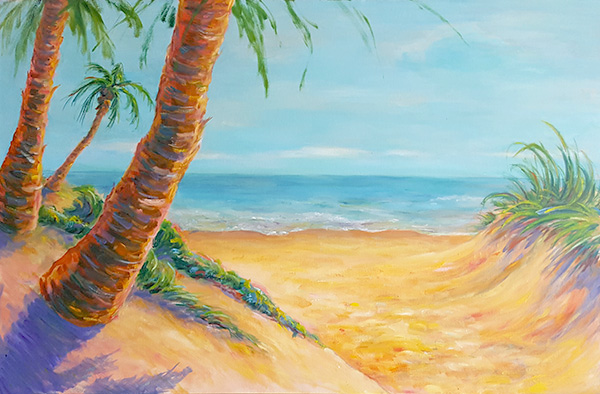 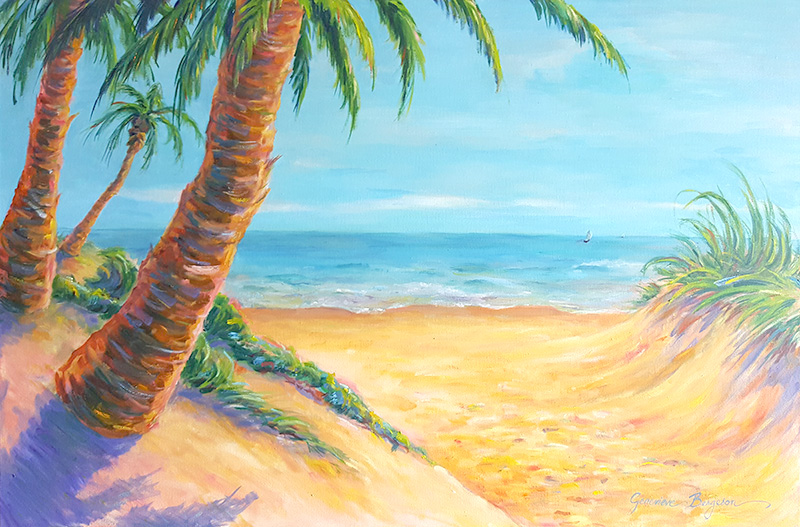