As promised, here are some photographs from the week of March 27th (when we set up the art show now on display). I suppose it’s not quite correct to call this a sneak peek since the show is already open to the public, but for those of you who have not yet attended or won’t be able to attend, this is your informal viewing time. Only parts of main 2 rooms are shown below. The show itself spans four rooms, or, rather, two regular rooms, a small lobby-like room, and a wall in another room. As usual, click the thumbnails to enlarge the images. 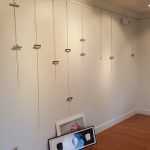 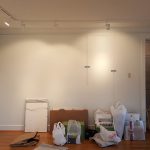 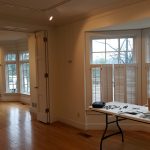 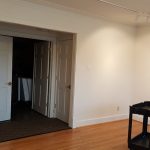 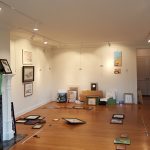 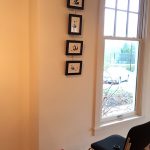 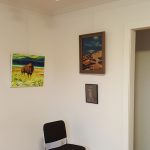 I say “almost after” because “after” alone implies everything was finished in these photos, which isn’t the case. While most of the show was hung on the 27th, a few pieces were hung the next day or later in the week. The lighting was also adjusted and labels put next to the artwork. 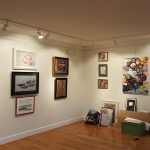 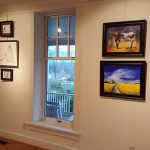 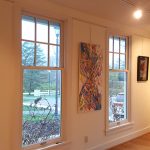 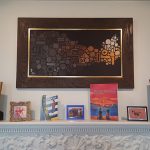 All artwork is by Genevieve Bergeson, Kayleigh K. Mayes, and Nick Trapp.