If you are just starting the Art Walks, welcome. Briefly, this series reviews my art from years past. You do not need to read episode 1 or episode 2 before this one because the content is not chronological. 1 & 2 are thematically grouped to the effect of “Memoirs of a Teenage J-pop Fan Artist.”

I know exactly the drawing to start. Cue Inigo Montoya: “I am waiting for you, Vizzini! You told me to go back to the beginning, so I have.”

As far as school art goes, this is the beginning. When I drew it, I tried to figure out how to do aerial perspective. (I would not have used that phrase then, but I could tell that things look smaller further away.) See the speckled area on the left? I envisioned the neighborhood in the valley visible from my backyard. The small green dots are trees and the larger green patches yards.

In this picture, also from kindergarten, I like that I can see the process—that I built (drew) the snowman before I dressed it and drew hair before putting on the hood. The second is harder to see, but click to enlarge, & look closely at the hood. Part of it is green because the yellow marker blended with the blue. I also like the snowman’s funny expression. (Perhaps I could have used it as the “Oh, no” for the title image.)

There’s no date or grade on the back of the next one. I think it’s from either first or second grade. (Click to enlarge.)

“Frottage” derives from frotter, French for “to rub.” I arranged leaves, laid a sheet of paper over them, and rubbed crayons on it to make the textures of the leaves.

The next pictures are from my early days as an illustrator, long before Racing Pajamas. My elementary school had a small publishing center (basically a cubicle); students could bring a story or essay, select a book cover, and design a title label. A staple-bound book would be ready a few days later.

This is perhaps a desultory illustration to select because the setting is a bathroom, but if Marcel Duchamp can claim to turn a urinal into art, I can show a kid’s drawing of a loo and draw less criticism. (Pun always intended.) I am impressed with the commode & the toilet paper dispenser; all the components are there in decent proportions.

Other projects involved filling blank, pre-bound books, for instance, the fifth grade immigration project. Students learned about waves of immigration to America in conjunction with family history. We read Letters from Rifka by Karen Hesse; the next two drawings are depictions of towns in the story.

Unlike everything above, the next two pieces were done in art class (also fifth grade). The first is a scene made after learning about Henri Rousseau’s jungle paintings.

This puma on scratchboard was from a different unit. The directions of the fur were a good challenge.

Thanks for walking. See you again.

May your Christmas and the new year be filled with joy, friendship, and harmony.

Here’s a picture of my latest commission, a bright yellow Supercub! 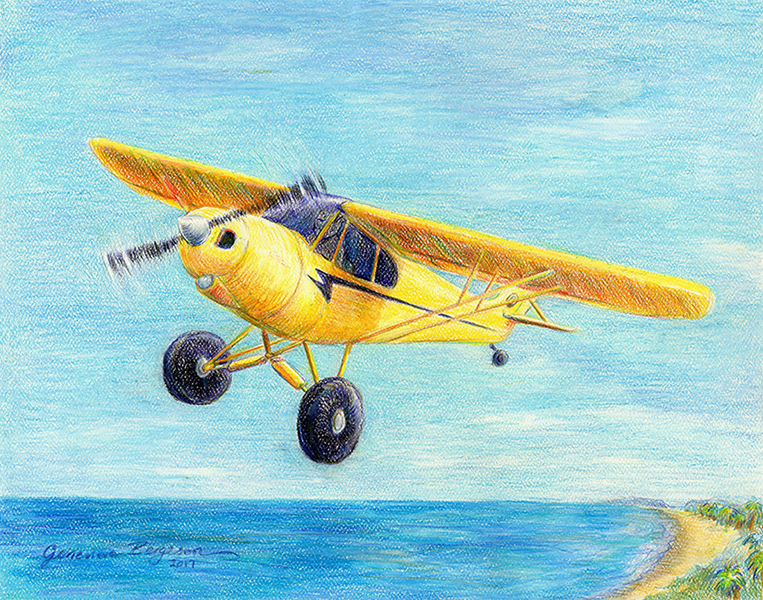 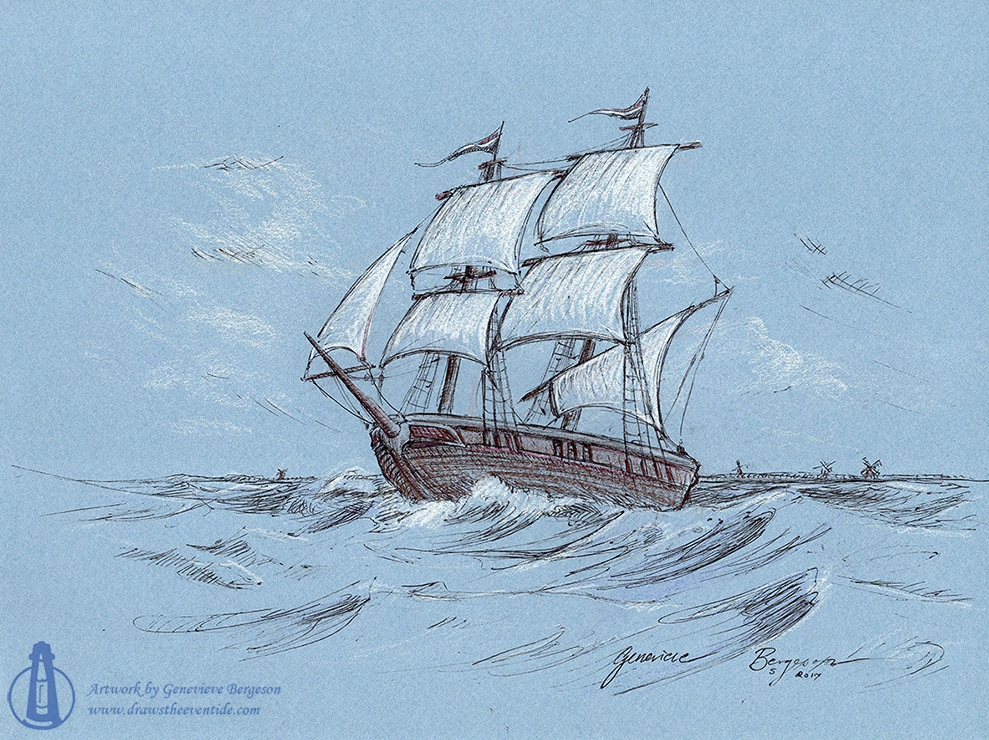 I looked at the calendar and decided to squeeze one more post into the year, something short and sweet. Like Coda (the resident puppy)!

So here’s a drawing of Coda (from a photograph) I gave my mother for Christmas. It was done in charcoal and colored pencil. I drew on the rough side of pastel paper to achieve the textured look. Click to enlarge. 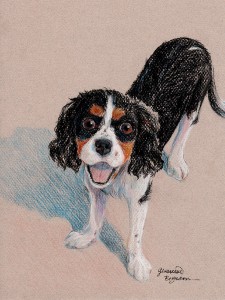 Merry Christmas, and blessings for the new year.